To know all about Butler

The history of the Butler is more fascinating than you may have thought.

The word “butler” comes from Anglo-Norman buteler, which is a variant form of Old Norman *butelier, derived of boteille “bottle”.  The premise of which the Butler (or the bottle) is the role associated with the chief member of staff in the household, the staff member entrusted with the care and serving of the wine.  Although certain wines are still highly valuable, in the old days, the wine cellar of the wealthy would have held considerable value and thus would have only been entrusted to the most senior of staff in the household.

Interestingly, in Britain where the Butler seems to have become the most common-place for this type of staff member to exist, they were originally a middle ranking member of staff of a wealthy household.  By the 17th and 18th centuries the role of the Butler developed into a more senior position, normally held by a man, and was seen as the highest position of staff within the grand household.

Households would require the Butler to wear a special uniform to separate him from the junior servants, which in the modern Butler is seen as the morning suit.  Today however, the modern Butler is most likely to be dressed in a business suit or dress according to the principals request, be it informal or a formally run household.

The phrase silver service, or silver Butler developed in line with the Butler having expertise and professional knowledge of management, inventory, storage, use and cleaning of the silverware in the house, including all the associated tableware and service in line with Silver Service.

Throughout the ages, the Butler has been present in history and literature and was often used as a gauge to assess the wealth of a family.  Less wealthy families may have a maid or nanny, but the wealthiest families had at least one Butler.  The largest properties would have a multitude of servants, from footmen, maids, scullery maids, nannies, lady’s maids, coachman, groom(s) and the head of the staff, the Butler.

The staff in the house would follow a set hierarchy within the household and only the Butler (and the under-Butler if there was one) would be called by their first name.  All other servants would be called ‘Mr [surname]’.  By calling the Butler by his first name, it suggests that the role of the Butler transcends the typical ‘place’ of the servant and suggests that the Butler straddles both servant and member of the family.  This informal approach is extremely revealing as to the wealthy families view of the Butler himself.

Regardless of this straddle between the two sides, the Butler was not afraid to get stuck in, and would at a moments notice assist other servants should he be required to.  His main focus was to ensure that the household ran smoothly and the principals needs were taken care of.

Although historically in Britain, you were typically born into becoming a servant, you still retained human rights and were paid for the work you did.  Therefore the role of the Butler was a coveted, as it gave not only responsibility and social standing both in and outside of the home, but it also provided the highest income within the servant hierarchy.

In America, from a historical perspective, the role of servants were typically found in the slave trade, and particularly affluent homes would ensure that a male slave was refined and placed as the Butler of the home.  They were not paid for their service and the life of a black slave, even in the role of the Butler, could be heinous depending on the type of master who owned them.

Starting in the 1920s Britain saw a dramatic decline in domestic service and by the mid 1980s domestic service was at an all time low.  It is usual that as the social classes within a culture align themselves, the ‘upstairs/downstairs’ mentality falls away and the concept of domestic service becomes an ungainly past-time.

In the last decade, however, the role of the Butler has seen a dramatic increase, with both wealthy families wanting to hire a Butler and individuals wishing to be hired.  It is no longer seen as a servitude, but a choice.  As with fine dining, 5* hotels and luxury lifestyle.  The butler has become a symbol of wealth and success, and principals around the world have realised the importance of hiring a Butler in their homes.

The modern Butler may be a symbol, but in reality they are much, much more than that.  They can be a cultural connection between the principal and the country, with Butlers often advising their principal on the best place to buy suits or cigars.  They will often have a business-like mind and be able to run the properties and affairs of the clients with precision and care.  Butlers are often in charge of recruiting new staff, managing rotas and ensuring that the household is run to the level and standard expected.

Modern Butlers prepare the house to ensure that the principal arrives to find the property exactly how they expect it to appear.  They ensure the finishing touches are executed with precision and every event and dinner party that is held in the home is ran without a hitch.  Today men (and women) of all backgrounds are seeking new employment opportunities and the thought of service is no longer a dirty word.  In fact, the art of service is something that the very highest caliber of Butlers pride themselves on.

In modern literature and film, we’ve seen a rise of the Butler. From Batman through to Downtown Abby, the role of the Butler is one that both intrigues and fascinates people.  And rightly so, the most important aspect of being a Butler is discretion and ‘what the Butler saw’ is indeed a subject that entertains and delights.  A high quality Butler will never reveal detail of what they saw, but even the suggestions of what they have born witness to is a highly fascinating subject worthy of many great books of literature to come. 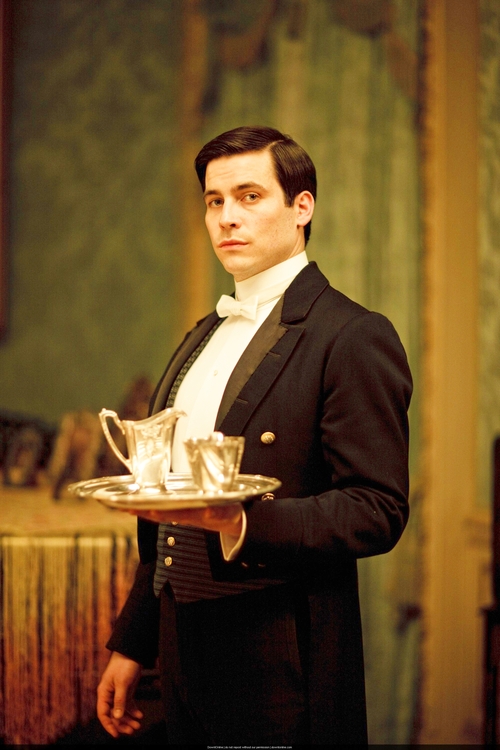 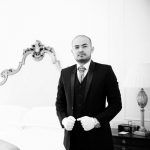